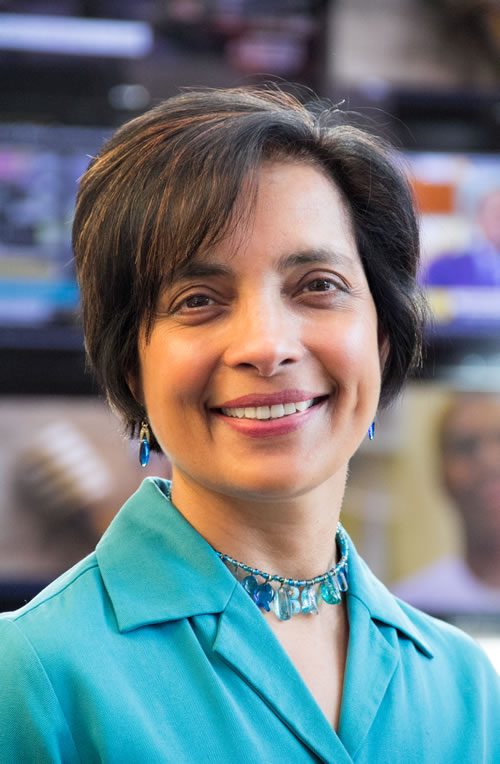 Provocative media images of adolescent girls may help sell everything from magazines to cosmetics, but they also take a tremendous toll on girls’ physical, mental and emotional health.  That’s a finding of The Lolita Effect, a bestselling book by former journalist and UI faculty member Meenakshi Gigi Durham. Durham’s work in the School Journalism & Mass Communication centers on media and the politics of the body, with an emphasis on gender, sexuality, race, and youth cultures. Her work has appeared in leading academic journals, including Critical Studies in Media Communication, Communication Theory, Journalism and Mass Communication Quarterly, and Women’s Studies in Communication. In addition to The Lolita Effect, she was co-editor, with Douglas M. Kellner, of Media and Cultural Studies: KeyWorks. Her book TechnoSex is forthcoming in 2016. She serves on the editorial boards of a number of scholarly journals, including Feminist Media Studies and the Journal of Communication, and she also served on the advisory board for the Encyclopedia of Children, Adolescents and the Media. She is the recipient of numerous awards, including the 2015 Teresa Award for feminist scholarship from the International Communication Association.